You want to see something pretty? Like maybe the just-revealed cover for Rogue Hearts?

My story is called “Run.”

Public defender Maddie Clark doesn’t want to be a candidate for the state senate—but she’s running. Her high school nemesis turned campaign advisor Adam Kadlick shouldn’t be back home managing campaigns—but he is. They definitely should avoid falling for each other—but they won’t.

I’ve wanted to write a woman seeking political office for years. I considering making one of the presidential candidates in Party Lines a woman, but I worried that it would be distracting, that I would want the entire book to be about her. I promised myself I’d write about a female candidate someday, and my final Rogue series story seemed like the right time.

As you probably expect from me, Maddie and Adam’s story is bantery and deeply nerdy. If you’ve felt like romance suffers from a decided lack of Cross-X debate references, this one’s for you. It’s 19K, or short novella length, and the Pinterest board is here.

“Run,” like “The Fourth Estate,” ended up lower heat, but hey, it includes a diatribe on the Fourth Amendment, so that balances things out (?). And if you liked the Montana setting of “Free,” you’ll enjoy this too.

You can preorder Rogue Hearts for 99 cents at Amazon, B&N, iBooks, Google Play, and Kobo and you can add it to your Goodreads shelves. The price will go up to $3.99 after release week. If you’re a reviewer and are interested in an ARC, you can request one here.

In completely unexpected but totally exciting news, Kobo Writing Life selected A Midnight Feast as one of its Ten Best Romance Covers of 2017. 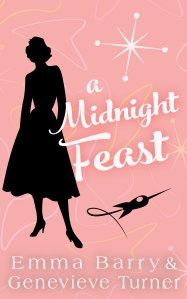 This is already an amazing honor, but they’re holding voting across three categories to pick the best cover of the year. The competition is fierce in romance. Obviously we’re biased, but Margie’s sassy silhouette makes for one distinctive cover, so if you’ve got a moment, we’d love it if you’d hop over there and cast a ballot for A Midnight Feast. Voting ends next Thursday. Yup, that’s right—on Thanksgiving. How auspicious is that? So vote early and often!

If you haven’t picked A Midnight Feast up yet, it’s only 99 cents and available at Amazon, iBooks, B&N, Kobo, and Google Play. Dear Author labeled it a recommended read, SmexyBooks gave it an A, and All About Romance called it “intensely emotional” and “carefully crafted.”

You can see the cover for Rogue Affair at USA Today’s Happy Ever After blog, and it’s gorgeous! The book will drop three weeks from today, on November 8, 2017.

Here’s the blurb for mine:

Reporter Drew Orlov wants to write about the corrupt president hurting regular Americans, but readers only care about the bombshells penned by his rival Brynn Allen. When he goes after Brynn’s high-level source, though, he finds himself snagged on more complicated—and personal—feelings. Brynn’s been working her tail off and doesn’t have time for Drew, even if he does look good when he smolders, and they’re soon locked in a tussle for the truth with their hearts on the line.

It is a very, very me story, and I hope you’ll love it.

As with Rogue Desire, Rogue Affair is 99 cents to preorder, and the price will rise after release week. You can get it at all the cool retailers, including Amazon, B&N, Kobo, and Google Play and you can add it to your Goodreads shelves (it’ll be available at iBooks soon).

ETA: I added an excerpt from “The Fourth Estate” and FAQ here.

Back in April, I outlined a book on Twitter. Well, not really a book, more of a plot bunny about two people admitting they were in love against the backdrop of a global crisis and a debate about the Twenty-fifth Amendment.

It festered, and I started emailing and direct messaging with friends who had their own resistance romance ideas. All of that turned into Rogue Desire, which is releasing next week. You can see the cover over on the Happily Ever After blog at USA Today. I have the blurb and preorder links below the fold.

END_OF_DOCUMENT_TOKEN_TO_BE_REPLACED

If you’re on our mailing list, you’ve already seen these (and if not, sign up here!), but here are the covers for Free Fall and A Midnight Feast. The blurbs are after the break along with some FAQs. 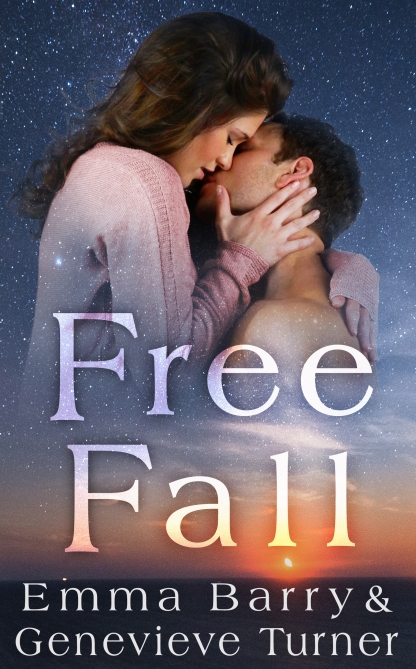 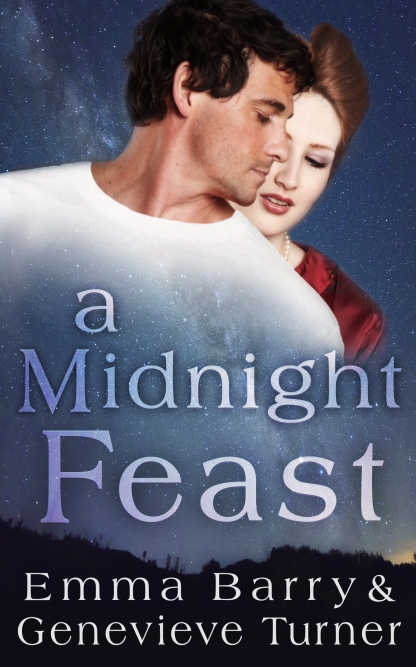 END_OF_DOCUMENT_TOKEN_TO_BE_REPLACED

The cover is here for Sight Unseen, and it’s so pretty!

This will be out on June 6, and it’s available for preorder at Amazon and Open Ink Press (more links coming soon!). Also, if you’re a reviewer-y type, you can request ARCs here. I’m not handling them directly, but let me know if you have problems.

Obviously I can’t tell you anything about my story, but I really love it and it’s incredibly unlike me and I can’t wait to see what everyone thinks about it.

I’m so happy to share the covers for the next TWO Fly Me to the Moon books with you. We’ve been sitting on these for forever, and it’s been very hard not to wallpaper the internet with them.

The blurbs and some FAQs are after the break.

END_OF_DOCUMENT_TOKEN_TO_BE_REPLACED

Please consider subscribing to my newsletter for (infrequent) updates about new releases, sales, and exclusive content. Subscribers get a FREE copy of Dispatches.

© Emma Barry, 2012-2019. Unauthorized use and/or duplication of this material without express and written permission from this blog’s author and/or owner is strictly prohibited. Excerpts and links may be used, provided that full and clear credit is given to Emma Barry with appropriate and specific direction to the original content.