As promised, here is the cover for Star Dust. 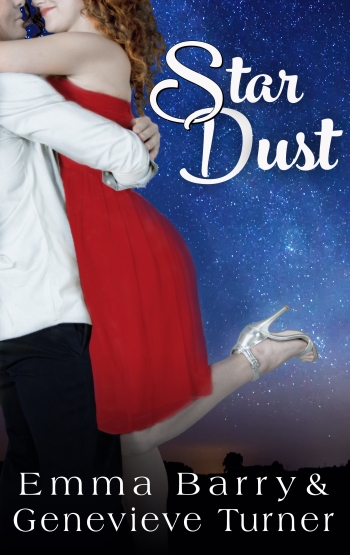 The cover designer was none other than my amazing critique partner and co-writer Genevieve Turner (did I mention that she’s amazing?). But maybe it’s even better with a blurb:

Houston, 1962
Anne-Marie Smith wanted normal: a loving husband, two beautiful kids, and a well-kept house. But when she catches her husband cheating, she decides that normal isn’t worth it. Now in a new city with a new job, she’s trying to find her new normal—but she knows it doesn’t include the sexy playboy astronaut next door.

Commander Kit Campbell has a taste for fast: fast cars, fast planes, and even faster women. But no ride he’s ever taken will be as fast as the one he’s taking into orbit. He’s willing to put up with the prying adoration of an entire country if it will get him into space.

But Anne-Marie and Kit’s inconvenient attraction threatens both normal and fast. As the space race heats up, his ambitions and their connection collide and combustion threatens their plans… and their hearts.

The book is available for preorder at Amazon, iBooks, and Kobo (more links coming soon!). You can also add it to your Goodreads shelves, join the mailing list for the Fly Me to the Moon series, or check out the book’s Pinterest board.

I’ll put up an excerpt later today (ETA: you can now read the prologue/first chapter), but in the meantime, I can’t tell you how excited I am for the book’s release in October!