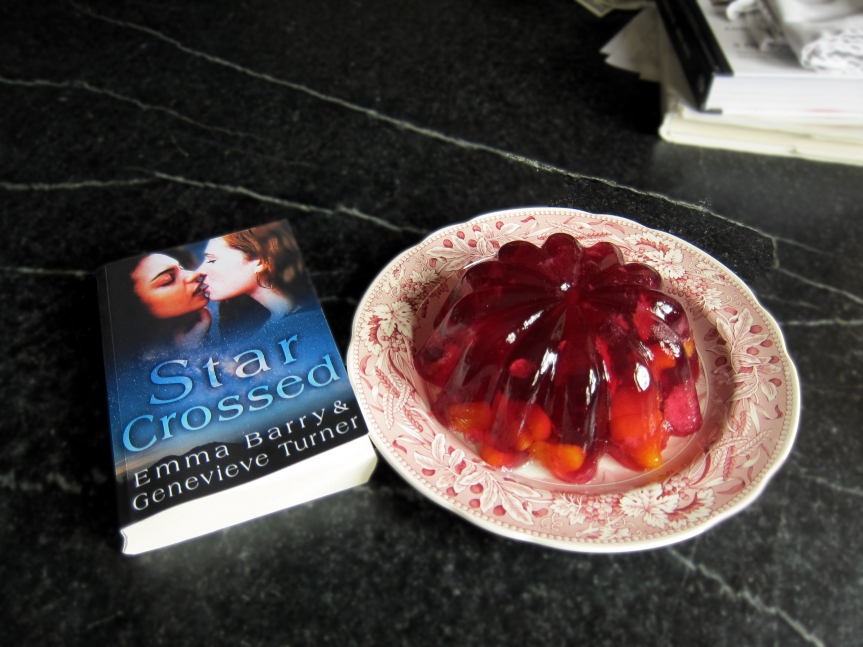 It was a very long time coming, but I’m thrilled Star Crossed is now available in both print and e-book! You can pick it up at Amazon, iBooks, B&N, Google Play, and Kobo; add it to your Goodreads shelves; join the series mailing list; and see the book’s inspiration board on Pinterest. (Whew.)

Star Crossed is the story of Geri Brixton, an ambitious pilot who’d like to be the first American woman in space, if only she were better with numbers. Reluctantly, Geri agrees to be tutored by Beverly Fox, a mathematician whose work has been getting rockets off the ground and who dreams of love and honesty but has been denied both. Geri and Bev develop a friendship and eventually become lovers, but secrets tear at what they’ve built and threaten everything they hold dear.

As has now become Fly Me to the Moon tradition, I’m celebrating release day with a Jello mold. This one is cranberry orange and courtesy of Martha Stewart.

Genevieve and I are stunned by all the love the series has received since the first book came out. We hope Star Crossed proves worth the wait and that you love Geri and Bev as much as we do.

We’re hard at work on the next book in the series now. I’ll leave you with one last Jello close up before I get back to writing! 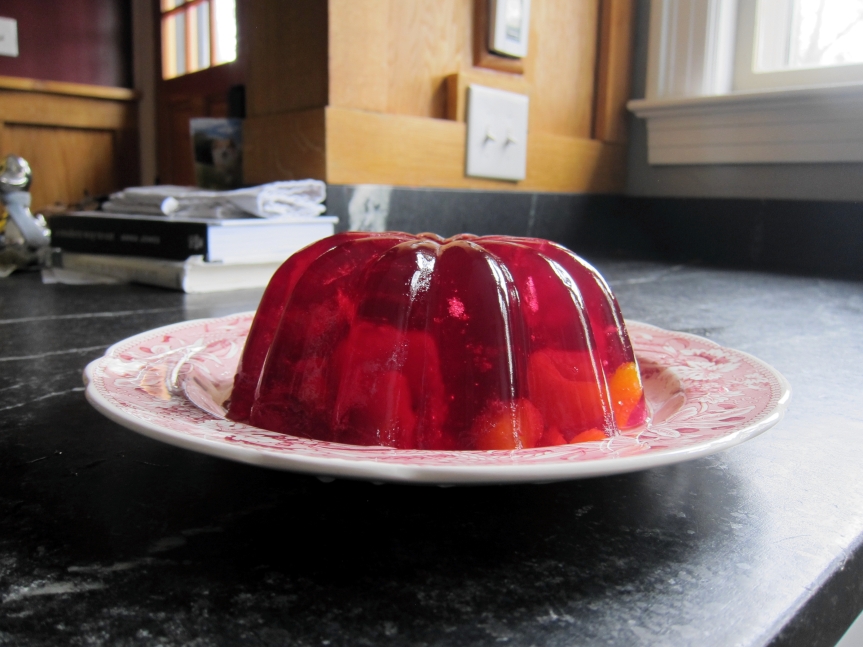