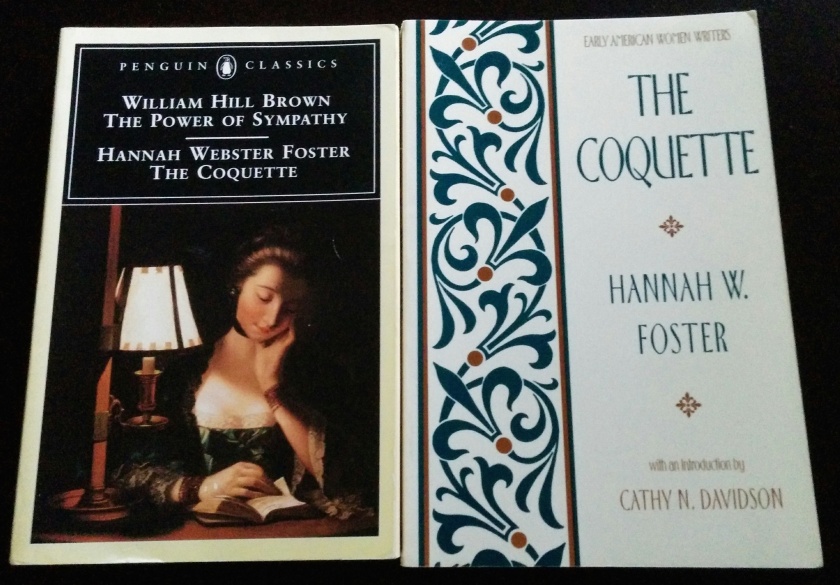 We held our final discussion on George Gissing’s The Odd Women last night. If you’re looking for them, here are my notes on part 1 and part 2. Since I know some people are still reading, I’m going to hide this under the fold. Read on at your own (spoiler) risk!

The discussion group last night was smaller, so I’m just going to loosely outline my own notes and thoughts.

We had talked about reading Hannah Webster Foster’s The Coquette in July. On the plus side, The Coquette is only 160 pages (and yes, I do own two print editions). Because it’s shorter, we could probably get away with two discussions. The Coquette is fascinating and it exists intertextually with Hamilton, but it is very sad. We might not feel like another tragic morality tale after The Odd Women.

So I do have a second suggestion: Louisa May Alcott’s Behind a Mask, which is only 40K words. It’s really a novella, and a sort feminist reimagining of Jane Eyre, except much less tragic. We could maybe have one 90-minute discussion of it.

I’d be up for either or both; let me know in the comments. And thank you so much to everyone who joined us!

Emma is a novelist, full-time mama, recovering academic, and former political staffer. When she’s not reading or writing, she loves her twins' hugs, her husband’s cooking, her cat’s whiskers, her dog’s tail, and Earl Grey tea. View all posts by Emma